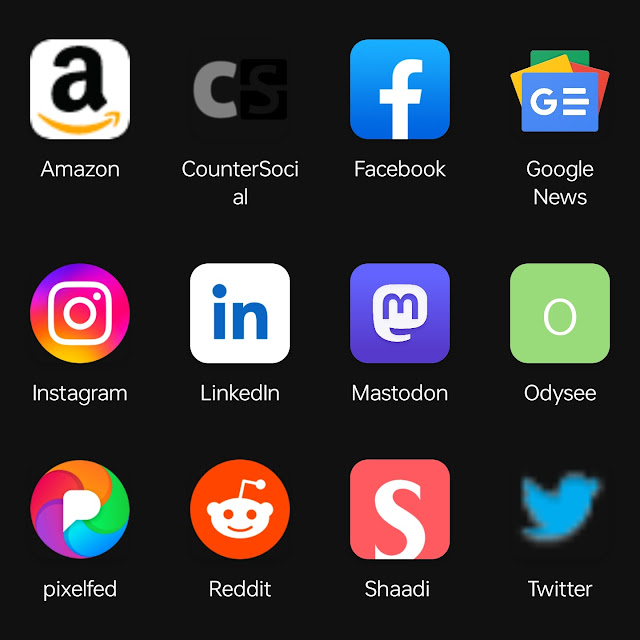 Since the whole hubbub about Musk finally buying Twitter, the ongoing site and staffing changes, and people leaving the site, I've again had a chance to play with some alternatives to see how they compare. At the moment, my usual thought seems like it still holds up for now in that until there's a significant move from Twitter to sites like Mastodon and Pixelfed, the status quo won't change. This is akin to the move from MySpace to Facebook then the idea of moving off of Facebook.

As of now, to me, all the Twitter news is doing is causing people to rethink how they use the platform. Overall, it is a two-fold thought process. The first is if a user or advertiser is able to leave the platform right off the bat, was the site providing a significant service to them? The second is that if there's no mass exodus to another platform, whether its a federated service like Mastodon or Pixelfed (an Instagram alternative providing a feed sorted by date and more web tools not requiring an app) or a new site entirely, then there's no reason for the remaining userbase to leave Twitter. This is akin to the idea of leaving Facebook. Every time there is a Facebook, and ultimately a Meta, controversy, many say they'll leave the site but as of now, there's no site that provides a similar enough service to actually cause people to leave. On the flip side, it does usually cause enough people to think about what they're using on the site. For me, it involves going to see what the current privacy and security settings are on it, Google and Twitter but i still use them for select browsing because there's no other better place to get the content.

This all being said, i've created a list on the site to detail sites that I'm currently using to share content. I'm planning on updating the list as I start and stop using the sites listed so everyone knows where to get the content i'm creating.