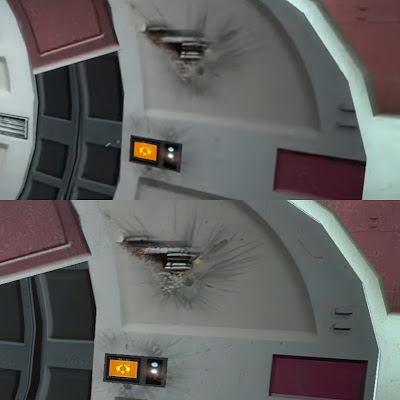 So right off the bat, I'll deal with the elephant in the post of how I can play KOTOR yet again. To that, I say that's the greatness of the game. It is infinitely re-playable in many combinations, even though the base story stays the same.

As far as this gameplay goes, I originally just wanted to replay the game on the dark side but then got to thinking about the character combos I haven't played before. That let me to the scoundrel (Han Solo type) with Consular Jedi style to ultimately get to an Emperor Palpatine style character that is essentially strong in the force and ranged but has some combat skills to back up the force powers.

While I was researching the character styles info, an article came up that reminded me that mods for KOTOR 1 are available (much like the TSLRCM for KOTOR 2). I honestly thought, how can a nearly perfect game be improved but then I remembered that the game came out in 2003 so the answer of course is graphics. In my searches, I found a number of available mods (including an AI graphics mod that I ended up using - see sample screenshot in this post for example of the original game textures vs the mod). I probably would have stopped here but I also found a texture mod for characters and weapons so I installed those too. The final mod I'm using is called 'Jedi from the start' which gives you Jedi powers and a lightsaber right when you start the game (almost like KOTOR 2 less the lightsaber) and gets rid of the tutorial with Trask Ulgo. This gives some consistency between the games and sets up the discussion better after saving Bastila about your character having force powers but also gives more weight to the Jedi council removing your memories of being Revan but still having force powers.

A summary of which are below listed below split between the ones I am using and ones that looked good and expanded the story but I was unable to get working on the Android version of the game.

*To install the mods directly on your Android device, download the manual installation files, install WinRar to unpack the files then use a file explorer that lets you get to the Android\datea\com.aspyr.swkotor\files\ folder to copy the files into. Explorer by Speed Software worked for me but may not yield the same results for everyone so some trial and error may be involved. Once all the mod files are copied over (be patient as some might be larger than others), start a new game to enjoy. Using a previously saved game may cause the game to crash so fair warning there.
**As far as my gameplay goes, subscribe to my YouTube channel and hit the bell at http://www.youtube.com/pateln01 to get notified as new videos get added!
blog jedi knights of the old republic kotor lightsaber sith star wars